We also are focused on rapidly growing content categories, such as podcasting. Satellite radios are primarily distributed through automakers, retailers and our website. The channel lineups for our services are available at siriusxm.com. The full extent of the damage to SXM-7 is not yet known. In addition, our XM-5 satellite remains available as an in-orbit spare. We control and communicate with our satellites from facilities in North America. Commercial subscribers are included in our subscriber count. As of December 31, 2020, Sirius XM Canada had approximately 2.6 million subscribers. These arrangements generally include fixed payments during the term of the agreement. On December 13, 2020, our SXM-7 satellite was successfully launched. We use this data to market our services. Consumer protection laws and our failure to comply with them could damage our business. The FCC generally grants licenses and authorizations for a fixed term. We may integrate the Pandora service with apps provided by third parties. These traditional arrangements are changing. Our board of directors currently has fourteen members.

SIRIUS XM HOLDINGS INC Short Volume Ratio is shown in the diagram. Short volume sales can be seen as an investor sentiment.

Aroon Oscillator information for SIRIUS XM HOLDINGS INC. The trend-following indicator can show the strengh of a current trend and likelihood that trend can continue.

Average Directional Index (ADX) information for SIRIUS XM HOLDINGS INC. The index can be used to identify the strengh of a trend.

Moving Average Convergence Divergence (MACD) for SIRIUS XM HOLDINGS INC. The indicator helps to predict trend direction and the momentum of the trend.

Stochastic Oscillator as momentum indicator for SIRIUS XM HOLDINGS INC. The indicator is useful for identifying overbought and oversold levels.

Relative Strength Index (RSI) for SIRIUS XM HOLDINGS INC. RSI is a momentum oscillator that measures the speed and change of price development. The momentum indicator was created by analyst Welles Wilder. The result compares recent gains and losses over restricted time period. Primary usage of the indicator is to identify overbought or oversold signals. When RSI indicator reaches a value of 70 it could mean that speculators should consider selling, suggests Wilder and Chong. Or vice versa when selling excess at which the RSI Indicators show a value of 30 [ Relative Strength Index for Developing Effective Trading Strategies in Constructing Optimal Portfolio ]. 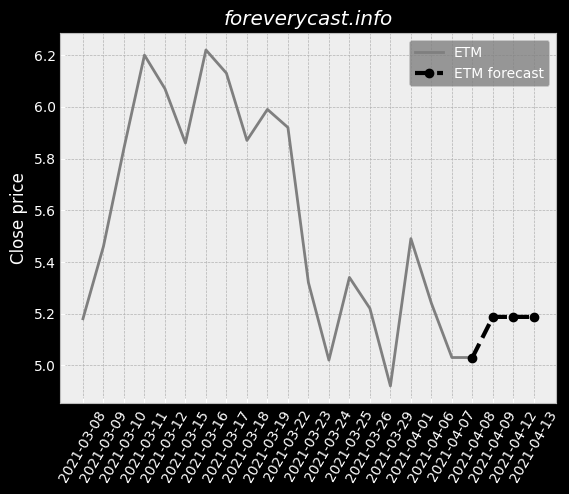 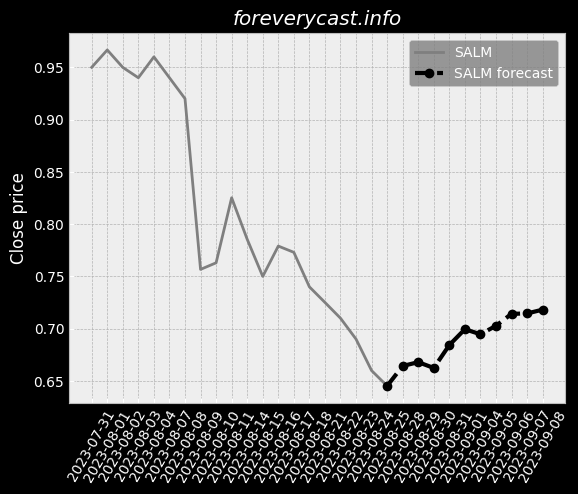 908937
Figure below show the stock predictions.